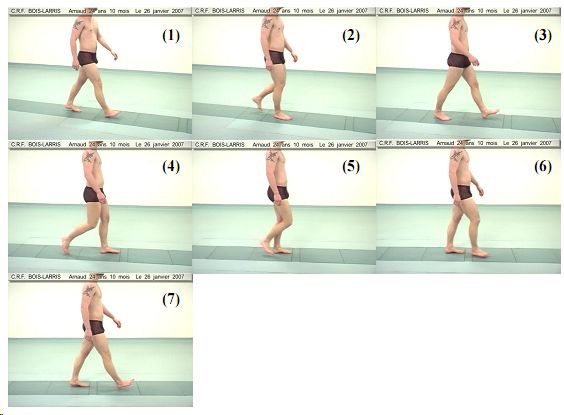 Addressing limitations of the Gait Variability Index to enhance its applicability: The enhanced GVI

The process of learning to walk is ongoing throughout childhood. The Gait Variability Index (GVI ; A. Gouelle et al., 2013) has been proposed to quantify the variability of spatiotemporal parameters (STP) during gait. The authors’ aim was to evaluate the GVI and STP of healthy children and teenagers to (a) determine changes in the GVI with age and to derive normal values in children and (b) to evaluate the influence of STP on the GVI. A total of 140 typically developing children from 1 to 17 years old were categorized into 7 groups of 20 based on age. Spatiotemporal gait parameters were recorded using an electronic walkway. GVI increased and STP changed with age. In the children-teenagers group, the GVI was positively related to step length, speed, and negatively to cadence. Following normalization by lower limb length, correlations were no longer significant. In contrast, raw base of support was not correlated with the GVI but normalized base of support was. A multiple linear regression showed that only age had a direct impact on the GVI, indicating that gait continues to change after 6-7 years. These changes were only demonstrated by the GVI, highlighting its usefulness for the evaluation of gait in young populations.