Most biomechanical models used in gait analysis require an estimate of where the hip joint is within the pelvis. The quest for the best equations to do this has become something of a Holy Grail within the gait analysis community. Andriacchi et al. (1980)  and Tylkowski (1982) were probably the first to propose methods for estimating its location and Bell, Brand and Peterson (1986) combined these in a method that they claimed predicted the joint centre to within 2.6cm with 95% certainty. At about the same time (1981) a different model was developed from x-ray studies at Newington Children’s Hospital which was incorporated into their clinical gait analysis software (finally published by Davis et al. in 1991).

Some time later Leardini et al. (1991) compared the Bell and Davis models against roentgen stereophotogrammetry and functional methods and found that the models differed quite significantly. Rather than choose one or the other he proposed a new set of equations. A little later Harrington et al. (2007) used MRI scans of a range of healthy children (14) and adults (8) and children with diplegic cerebral palsy (10) and generated another set of equations. A number of validation studies have suggested that those equations perform considerably better than the Davis equations  in healthy adults (Sangeux et al., 2011, Sangeux et al. 2014) and children with cerebral palsy (Peters et al., 2012). These have also suggested that Harrington’s equations generally work as well, or better, than modern functional methods.

One of the problems of the methods (highlighted by Sangeux last year) was that the equations scale the hip joint centre to measures of pelvic width (from one ASIS to the other) and depth (from the ASIS to the PSIS). Errors in measuring these, which can be particularly tricky in more obese subjects, can propagate to the hip joint centre estimates. It would be much better to scale to a measure that could be made more accurately such as clinical leg length.

Morgan (Sangeux) discovered that the Victorian Institute for Forensic Medicine had a repository of CT scans which we could access to investigate how well such scaling would work. He and PhD student Reiko Hara found scans of 37 children and 120 adults who had died without any signs of musculoskeletal injury or other abnormality and from which they were able determine the location of the hip joint centre relative to the anatomical landmarks on the pelvis as a function of leg length. As we published last week they found a set of linear functions of leg length that determine the hip joint location as well as the Harrington equations with a mean absolute error of 5.2mm or less in any single direction.

Interestingly (to me) the study showed that despite known differences in general pelvic morphology between males and females there were no appreciable differences in the location of the hip joint centres with respect to the anatomical landmarks (once scaled to leg length) and that age had only a small effect.

The method also means that we have an estimate of the size of the pelvis based on leg length that give us information that we can use when trying to locate where it is in relation to the ASIS and PSIS markers which could be particularly useful in people with higher BMI values.

Morgan has now made the data visible through a new data visualisation resource called Tableau. You can view it there using this link. 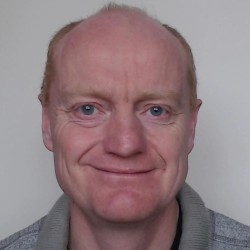